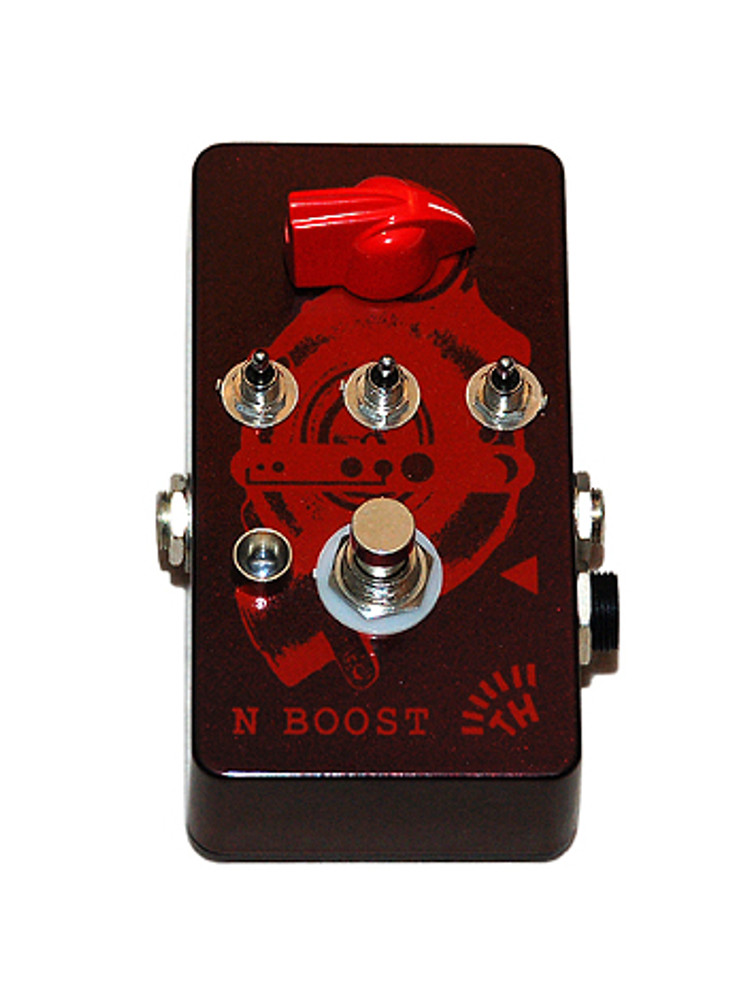 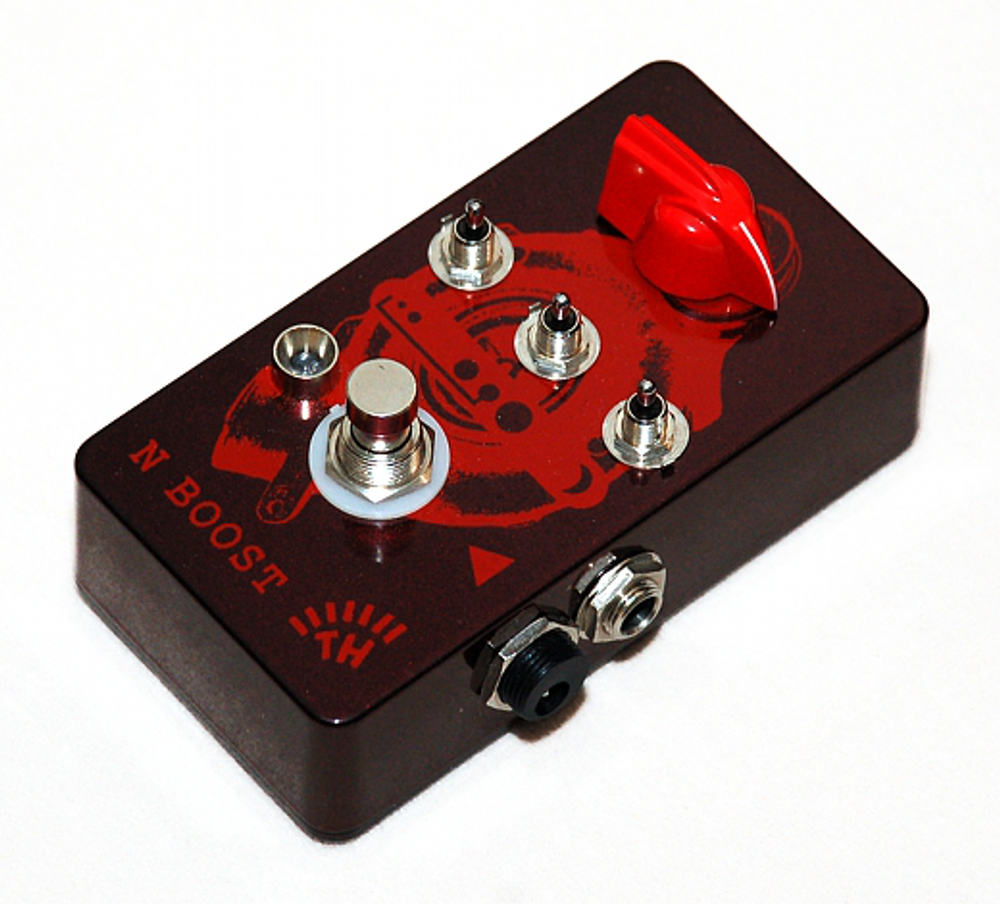 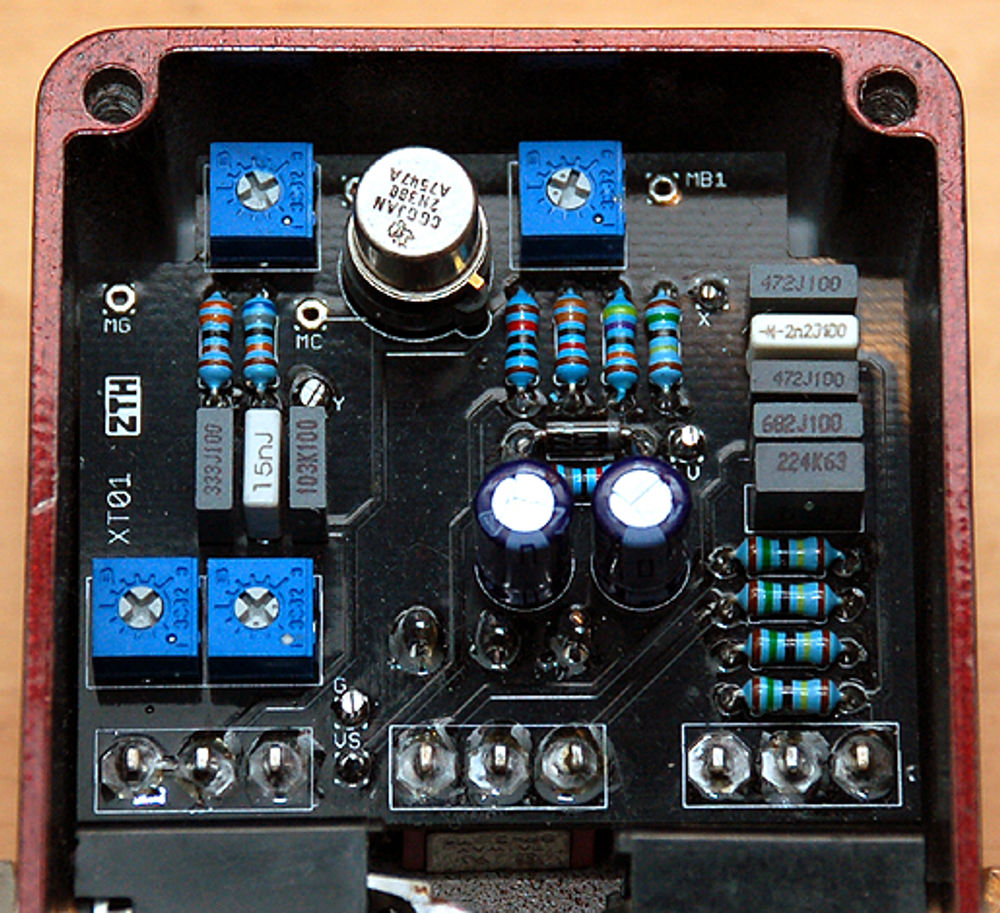 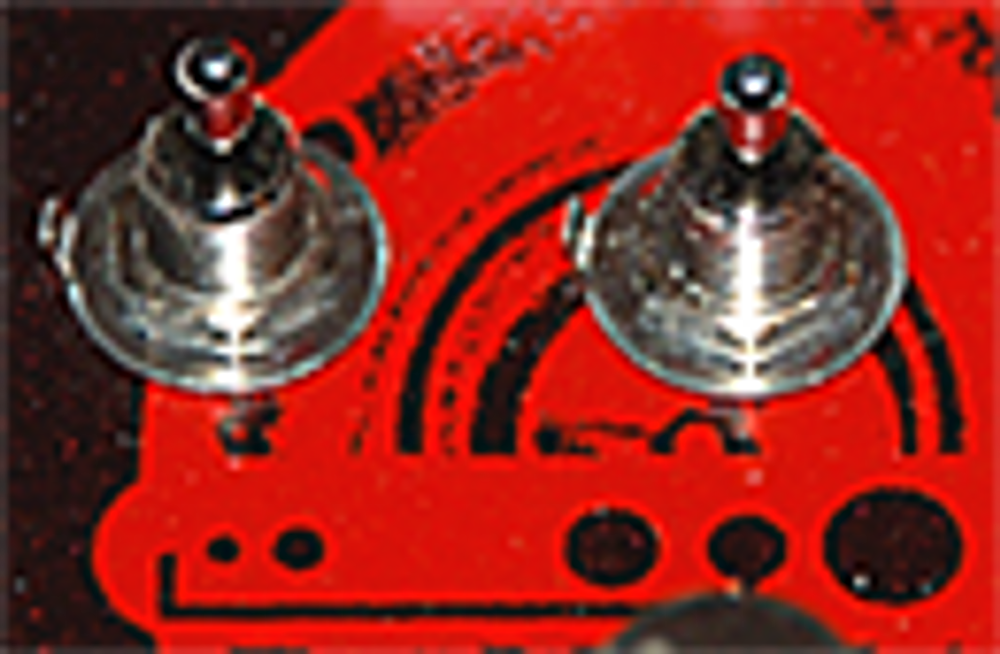 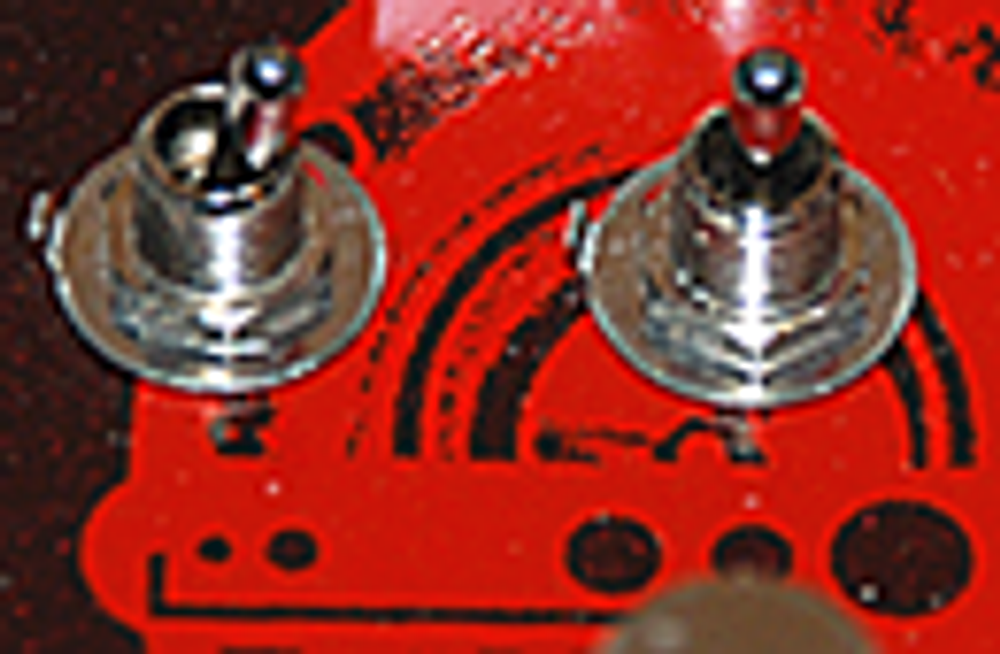 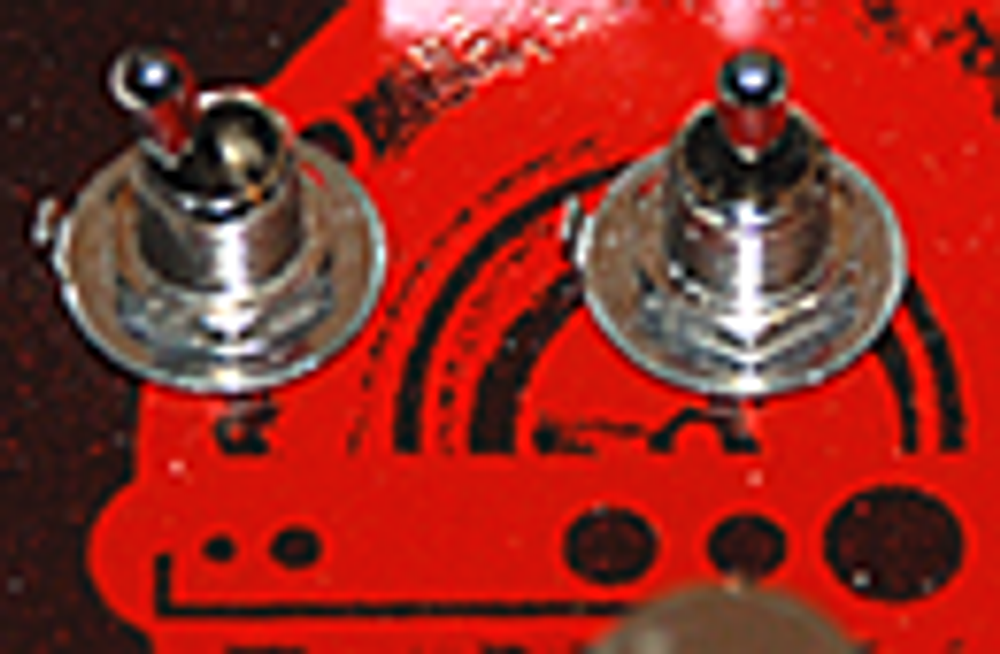 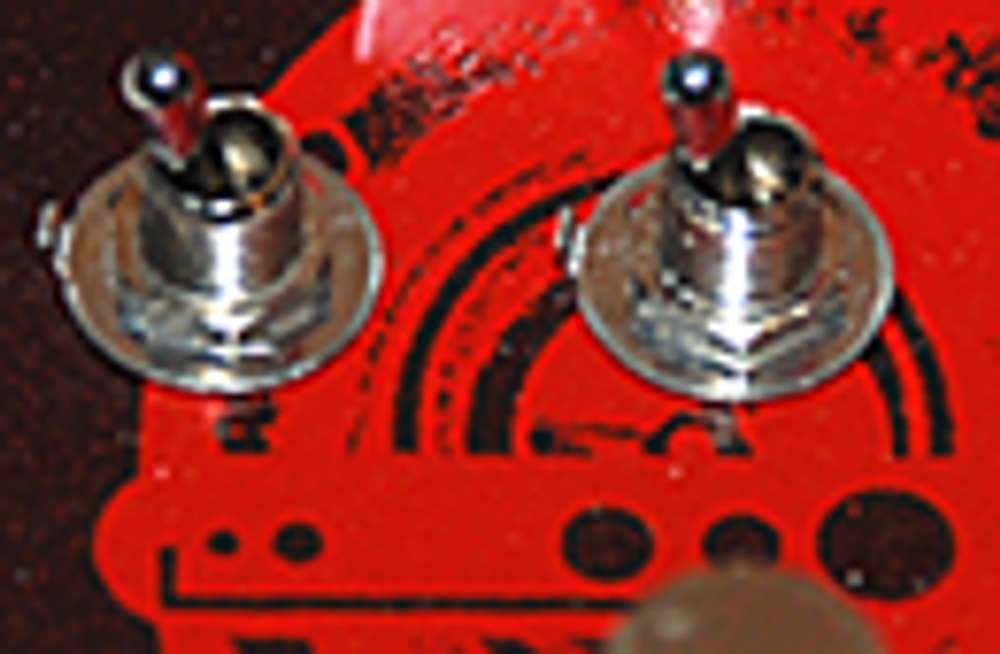 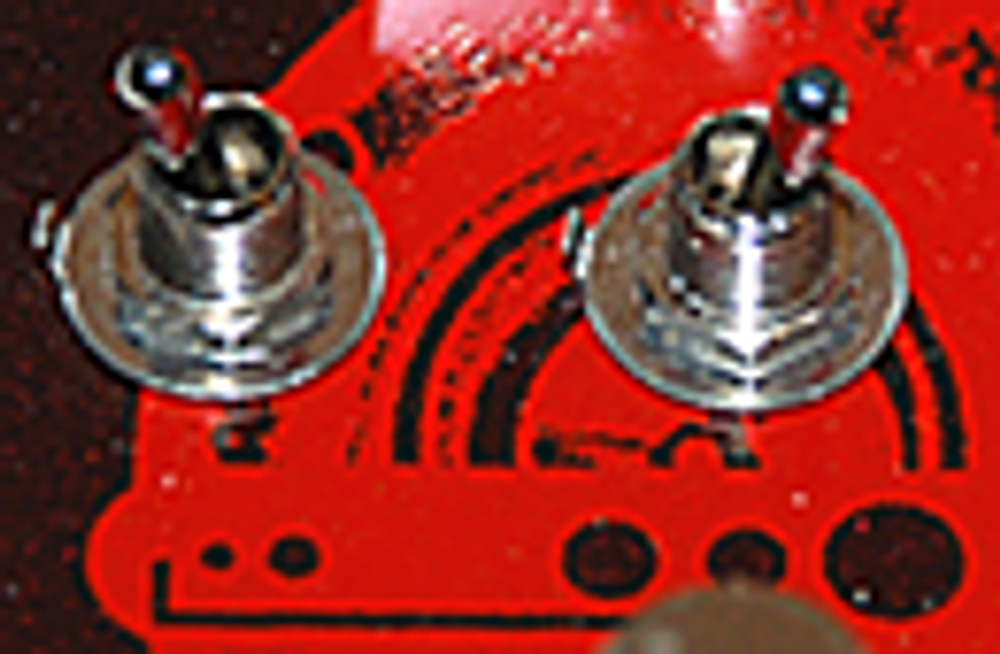 Note: I may be able to send out one of these immediately, but more often, I'll need anywhere from three to five days to assemble and test one. See the 'Ordering' page on the thaudio.com website for details.

The TH Audio N Boost is a Germanium treble/mid/bass booster with variable input voicing and a switch for two flavors of high-end rolloff.

If you've never used a treble booster before, the idea is that it overdrives overdrive, specifically, by cooking the higher frequencies. In the 1960s and 1970s, guitarists started using treble boosters to brighten up darker-sounding guitar amplifiers and cut through a mix when needed.

It's different than cranking up more overdrive or distortion, or just turning up a treble knob: interesting harmonics and overtones in the mids as well as the highs. Brian May, Tony Iommi, and Ritchie Blackmore all used one, so you should too.

One of the best-known O.G.'s is/was the Dallas Rangemaster. JMI makes a Rangemaster resissue, replete with the Flash Gordon enclosure and the NOS (new old stock) Germanium transistor. Homebrew Electronics, aNaLoG.MaN, and and Robert Keeley, to name a few, make treble boosters with "modern" features like true bypass switching, smaller enclosures, and tone controls (or not).

Like most treble-boost units, the TH Audio N Boost uses a Germanium transistor, because Silicon transistors usually aren't nice in this context. The type of transistor varies, but it's usually a 2N388 or an OC140 if available. Each unit is biased, tested, and auditioned against a super-secret, invisible reference unit locked in a vault inside a fortress.

Red knob Referring to the photos above, it's pretty obvious what the big chickenhead knob in the middle does: it controls the amount of gain. Since the gain pot sits in a different part of the circuit than in most treble-boost versions, you might hear less "squeeziness" when you turn the knob way down compared to other units. Also, unlike most treble-boost pedals, this one doesn't completely kill the signal with the knob rolled all the way back.

We'll call the left switch L and the middle switch M. Each switch has three positions: left, middle, and right. The graphic on the front face shows what does what, so you don't have to read anything, thank God. The possible combinations, with a brief description, are in the image gallery.

You may have noticed that the middle switch is active only when the left switch is in its left position.

The difference between 1. and 2. is sometimes difficult to hear, depending on the instrument and the amp.

Right switch What we've got here is a three-position switch that gives you two options for kicking in an LPF, which means low-pass filter, in other words, a high-frequency rolloff. That's why the little moon image is there.

In the middle, there isn't any rolloff at all - no LPF in the circuit. Left or right: slightly different flavors of LPF, which can be altered somewhat by two internal trimpots on the circuit board. See the next section for more about what's inside.

First of all, the N Boost arrives set up and ready to plug in. No assembly required.

The N Boost comes with some tweakability, because it can. In particular, you might want to 1) change the response of the LPF options for the right-hand switch, or 2) swap out the transistor if you've got one of your own.

LPF trimpots for the right-hand switch This one is easy. Referring to the closeup of the circuit board in the image gallery: to adjust the high-end rollof of either position of the righthand switch, use a small screwdriver to turn the center cermets on the 10kOhm blue trimpots at marked "LPF 1 & 2" in the photo above. By default, they're rolled all the way off - in other words, no resistance, for maximum effect. As you turn them, you'll probably hear variations in either switch position, but you might also hear some interesting tonal variations, depending on your instrument and amp. As always, it's up to you.

Swapping out / re-biasing the transistor is more of a task. If you haven't already, you might want to read the two articles on the GEOFex website:

Referring to the closeup of the circuit board in the image gallery: at the top of the circuit board, you'll notice two more trimpots. Those are for biasing whatever transistor is sitting in the socket at top center. You'll also notice three small holes on the circuit board, which are marked 'MG,' 'MC,' 'MB2,'and 'MB1' from left. Those points for measuring voltage and resistance with a multimeter.

The N Boost ships with settings that are more or less compliant with the ones in Keen's Rangemaster article, calibrated thusly:

For the N Boost, TH Audio likes low-leakage Germanium transistors with gains in the 60-70 range or sometimes a little higher. Some people like slightly lower gain, for less frying.

Note: The N Boost uses NPN transistors, not PNP. Both of the R. G. Keen articles referenced on this page emphasize PNP but do briefly discuss how to reorient for NPN (just flip everything over).

Note #2: If you're going to replace the transistor and you want to record the "factory settings" for later use, do this:

Do the above steps in reverse order for the other transistor, or when you want to put the original back in.

So that's one way to do it you want to replace the transistor or re-bias the existing one. Or you could just plug it in and play guitar.