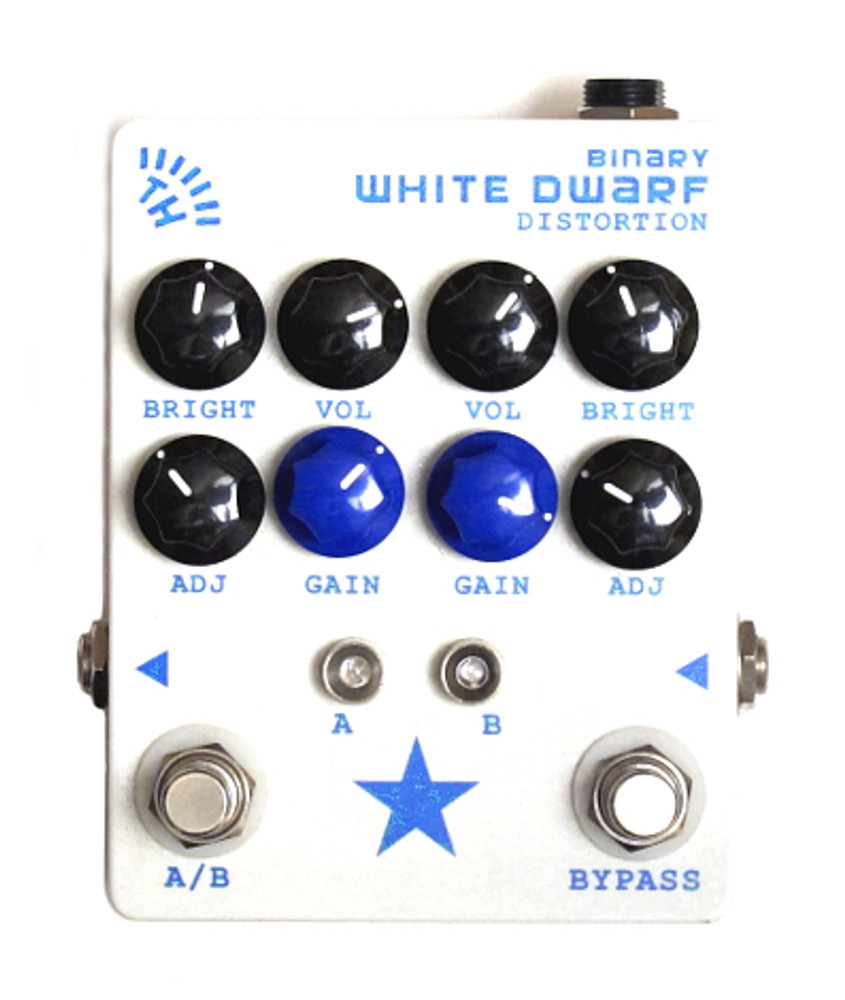 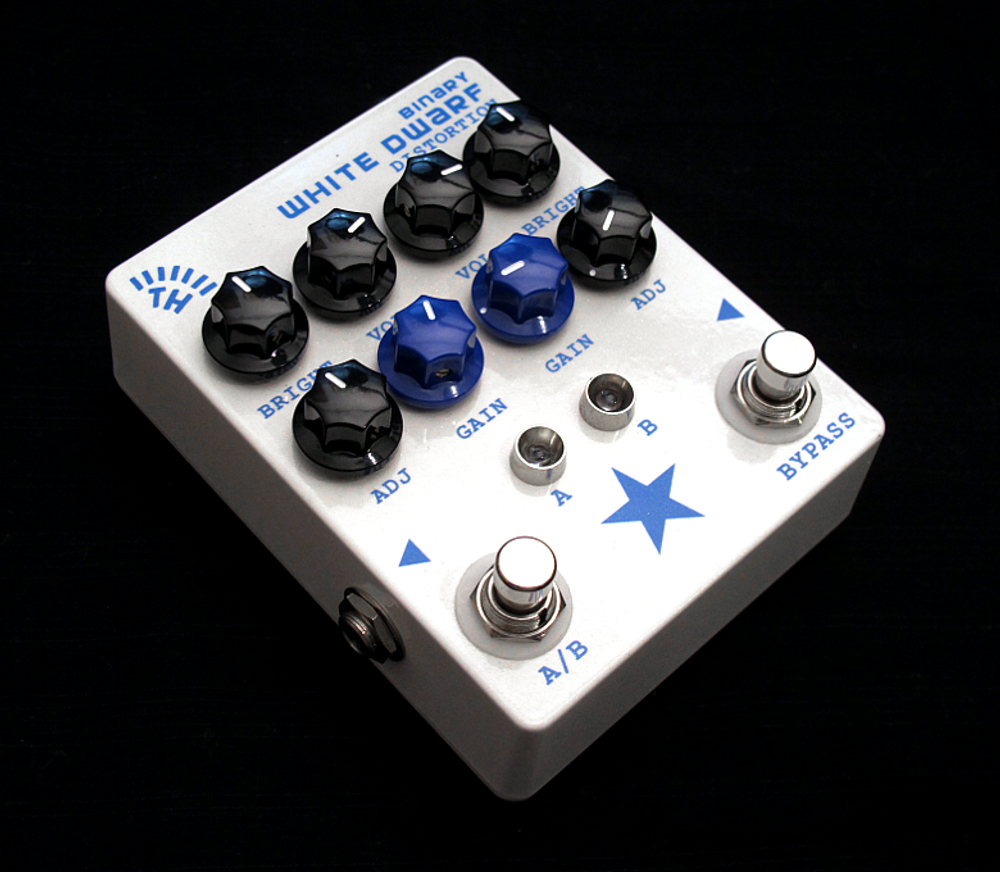 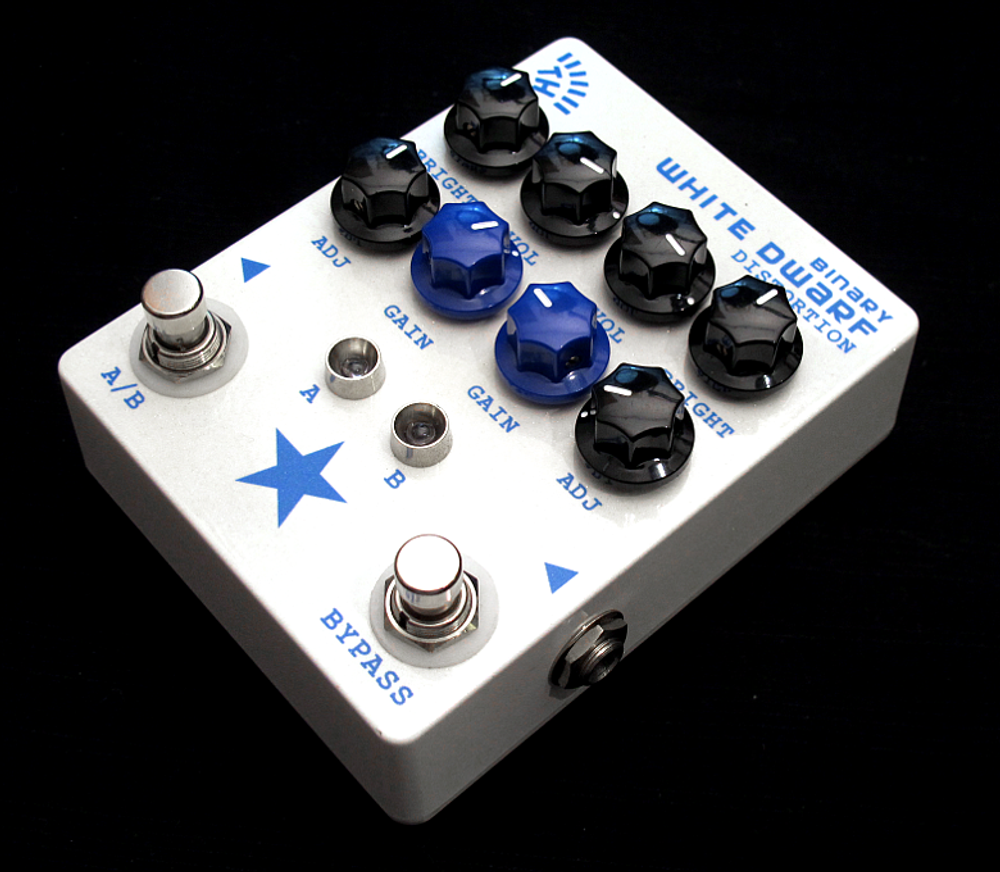 Dual-channel guitar distortion with some tweaky features. Just like the original White Dwarf except there are two of it.

The Binary White Dwarf: a dual-channel guitar distortion unit. Like the original single-channel version, it's not really for metal, but it will give you a lot of dirt if called upon to do so.

Each channel of the Binary White Dwarf has four knobs: