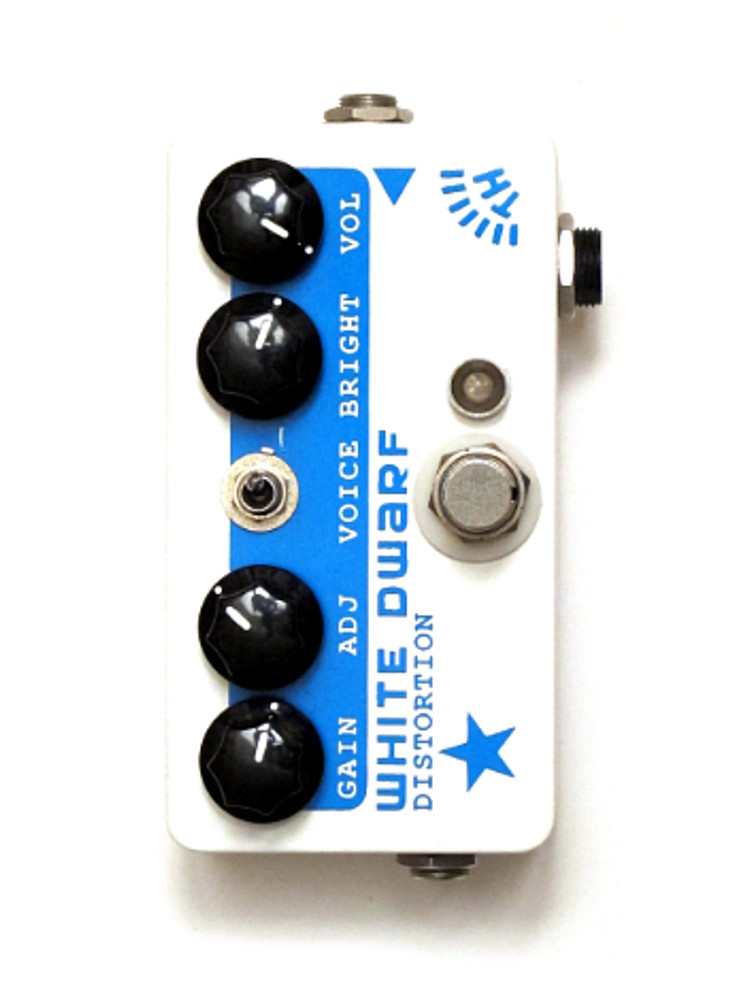 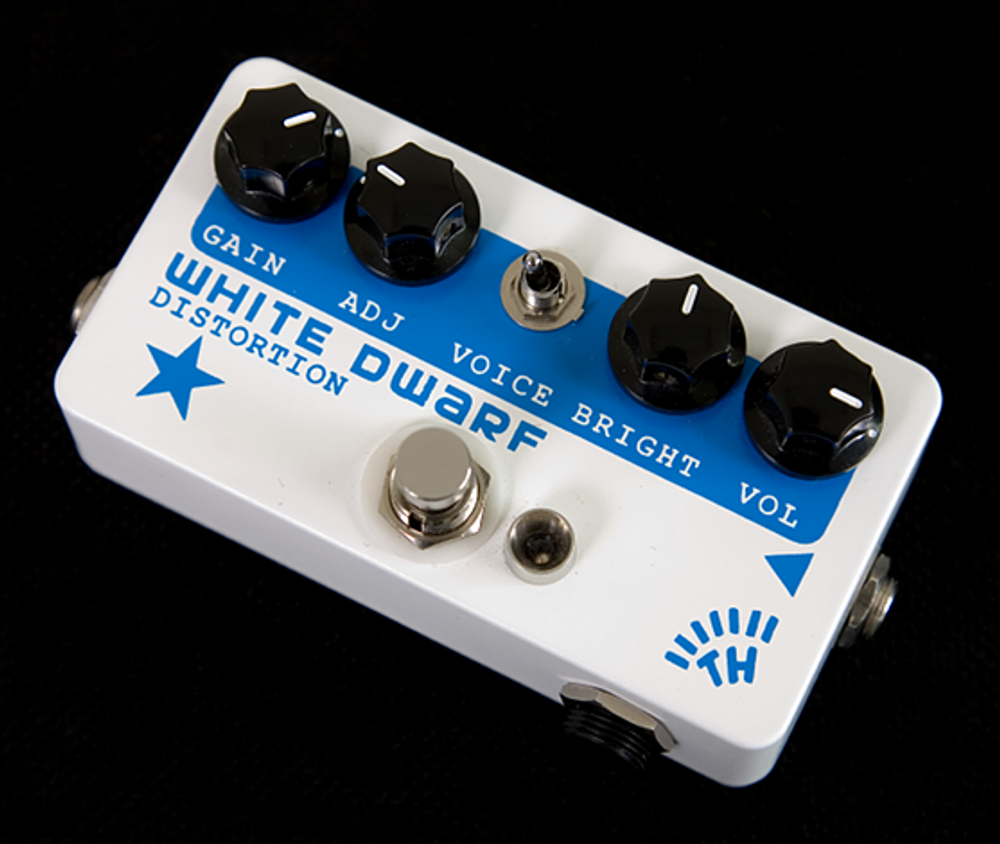 The White Dwarf: a guitar distortion unit. It's not really for metal, but it will give you a lot of dirt if called upon to do so.

The White Dwarf has four knobs and a switch:

Voice Left: more dry, less bass. Right: more bass and "darkness." How much you'll notice the difference will depend on your amp, your guitar, and the Gain/Adj level (more noticeable at higher gain). As you'll hear in the videos to the right, the difference between the switch positions is easier to hear with the Vox AC15 than with the Fender Blues Jr., because the Blues Jr. doesn't do so well with low frequencies.